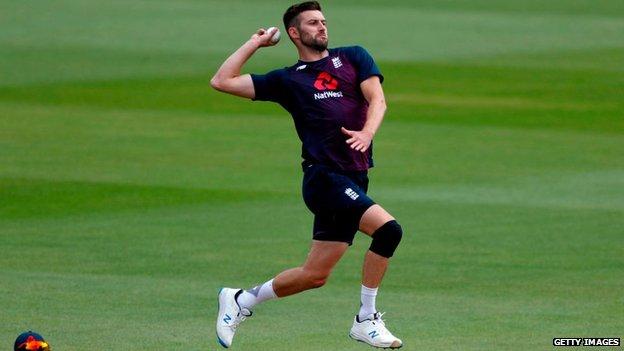 England fast bowler Mark Wood said it was a “difficult decision” to withdraw from the Indian Premier League auction and miss out on “life-changing money”.

Wood, 31, asked to withdraw from Thursday’s auction in order to spend more time with his family.

If he had been selected by one of the eight IPL teams, he could potentially have been away from home until June.

Being available for England also came into Wood’s decision but “first and foremost it was my family”, he said.

He added: “I just wanted to be able to switch off, go back home and recharge for the second reason – which of course is being ready for England.

“I try to prioritize that. I don’t want my body to fail me, or be a bit bruised mentally or physically going into the end of the year – which includes the World Cup, Ashes and a big series against India.

“Obviously there have been some big names going for big money [in the auction]. It’s great for them. I just didn’t feel the time was right. Although it’s life-changing money, I’m comfortable with my decision in the long-run and I hope it serves me well. “

Wood has rejoined England on the tour of India after being rested for the first two Tests of the series and his decision to miss this year’s IPL means he will be available for England’s home Test series against New Zealand in June.

England’s policy of resting players during their winter tours to Sri Lanka and India has come under scrutiny, however Wood defended the ECB and believes it is unfair to say T20 is being prioritized over Tests.

“There is a lot of cricket this year. The ECB have made a good decision on the fact they are looking after players,” Wood said.

“I know it has come in for criticism but when would you get that break? I think it’s good that people are getting breaks at different points, it allows them to use different people and look at different players. It gives everyone an opportunity.

“If things had been different I think we would play our best team as much as we could. I get why people are [criticising] but within the group I think it’s seen as a positive. “

Ben Stokes, Jofra Archer and Jos Buttler could be unavailable for England’s Test team because of their IPL duties.

While the likes of Jonny Bairstow, Moeen Ali and Sam Curran may also be affected, Rajasthan Royals director of cricket Kumar Sangakkara says he has received assurances that Stokes, Archer and Buttler – retained by the Royals for 2021 – would not be missed prematurely by England .

The IPL play-offs clash with England’s home test against New Zealand at the start of June.

“That is our understanding,” Sangakkara said. “The feedback we got was that they should be available for the franchise.

“Our objective was to get as much clarity as possible, because if that were the case, it really puts us in a vulnerable position.

“We asked the Board of Control for Cricket in India for clarity and they provided it after discussions and after looking at what’s happening and what is the plan. So we’ve basically structured a strategy with that in mind. We are very, very happy to have them as our core. “

What next for England after Wales loss?