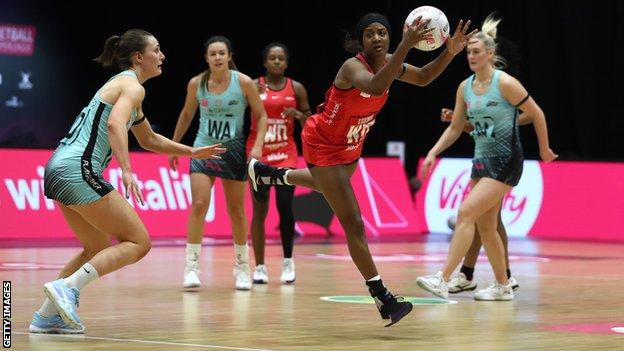 Women’s sport has been given priority access to £ 1.5m worth of Covid-19 testing kits as part of government’s latest Sports Winter Survival Package.

Netball Superleague sides, clubs in the top two divisions of women’s football, as well as cricket and rugby league will have access to 250,000 test kits.

Grants of more than £ 10m will also go towards women’s football netball and basketball, as well as badminton.

Men’s National League football clubs will have access to loans of £ 5.4m.

Nineteen clubs in step one and two of the non-league pyramid will be offered the loan packages, with Covid-19 tests also being made available to clubs in the top tier of the National League.

It, however, comes a day after National League North and South – the two competitions that make up the second tier – resolved to declare their respective seasons null and void.

Where is the money going?

The government said grants handed to netball, basketball and badminton governing bodies has been “designed to cover essential costs to ensure the survival of these organizations”.

Cash injection was ‘vital’ for netball

Fran Connolly, chief executive of England Netball, said starting the Netball Superleague last week would “not have been possible” without the cash injection.

“It’s provided security and protection for our clubs within the league who are currently without the usual income from ticket sales,” she said.

Connolly added that the package will also help restart the game at the grassroots level, with England Basketball and Badminton England saying the same.

The funding boost has also ensured the All England Open Badminton Championships will also go ahead this year.

Kelly Simmons, the Football Association’s director of the women’s professional game, said the money received “will give clubs the best possible opportunity to complete” the season.