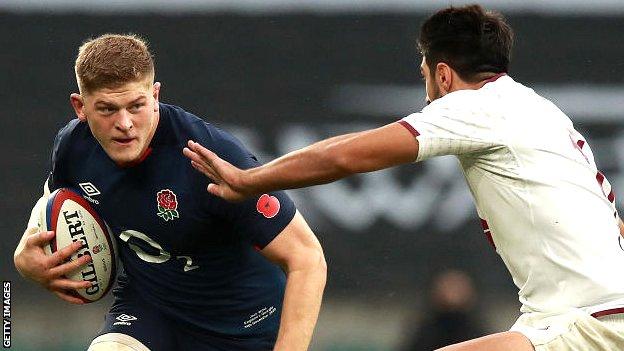 Bath’s Underhill says the fierce competition for places will only benefit Eddie Jones’ side.

“The more we compete with each other, the better we make each other,” Underhill told BBC Sport.

“Jack getting his opportunity at the weekend was brilliant and all the boys were really happy for him.

“Ultimately he can do things that I can’t, and all the lads can do things I can’t. So we have all got strengths and weaknesses and we can all learn off each other.

“There is no sense of hierarchy – it is a very respectful, competitive and good-natured group.”

Wasps’ Willis took the Premiership by storm last season, poaching a staggering 46 turnovers throughout the campaign and scooping a host of individual awards.

However Underhill, who has won 19 caps since making his debut in 2017, formed a formidable back-row combination with Sale’s Tom Curry at the World Cup, while other flankers such as Ben Earl and Lewis Ludlam have also impressed in their fledgling Test careers.

“You have got to look at it from the point of view that if someone is coming in who is better, then they deserve to play,” Underhill added.

“But the better players you have and the more variety you have in ability, the stronger it makes the team, and that is ultimately what we all want. We all want England to be winning games.

“The group is bigger than any individual, and I don’t think that is just lip-service, I think that is something we genuinely believe.”

Jimenez in hospital after head clash