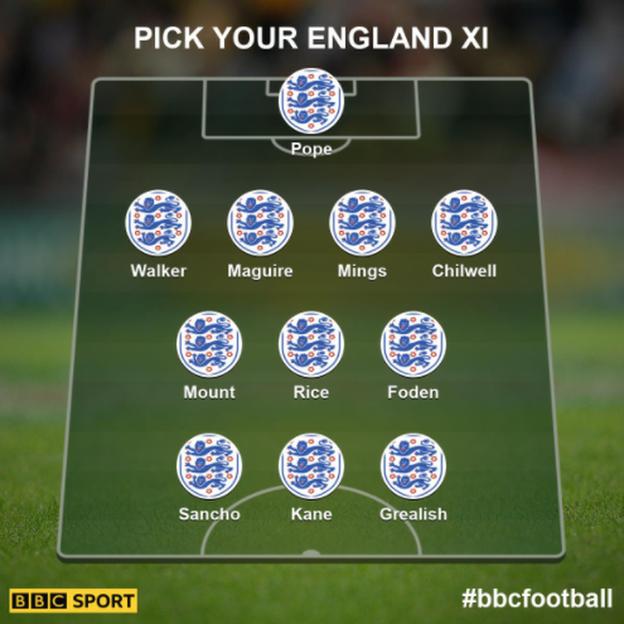 England’s chances of making the Nations League finals ended with Sunday’s defeat by Belgium, but now they return to Wembley to face Iceland in the final match.

We asked you who you would pick if you were manager Gareth Southgate.

Forward Raheem Sterling did make your starting XI but has since pulled out of the squad with a calf issue, so Phil Foden comes in to the midfield, with Grealish moving into the front three.

You can still pick your preferred team – though it will not count towards the result. Choose your formation and your XI below, and then share with your friends.

Choose your first-choice England XI for the upcoming Nations League match against Iceland.