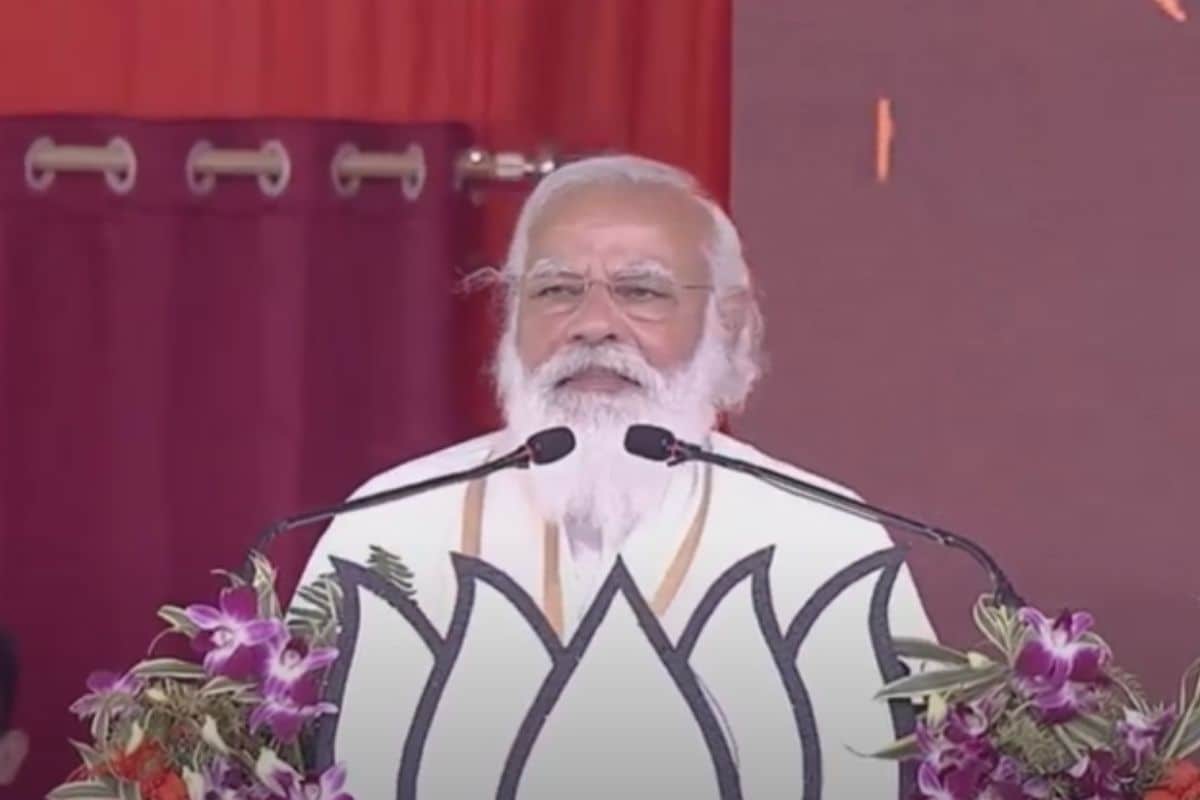 Prime Minister Narendra Modi, in his visit to West Bengal ahead of the assembly elections, said the state was ready for ‘poribortan’ (development) now. “Your presence is sending a big message from here to Delhi…it is clear the state has made its decision for development and progress,” said Modi at the public rally in Hooghly. He also inaugurated several railway projects in the poll-bound state.

The PM said that all countries that were successful in “removing poverty”, there was one thing common – the development of modern infrastructure. According to him, the current state government had promoted appeasement politics in order to protect its vote bank, and that people would not forgive them for it.

Modi blamed the TMC government for not “utilising the money that was being given to them by the Centre”. “They took away most of the money for themselves. People who have been ruling Bengal have created a wall for progress and the Centre’s schemes are not implemented. Money meant for people is not reaching them,” he said.

He said “real poribortan” was needed in West Bengal. “We need the youth of the state to rise up for it,” he said.

Modi also visited Assam on Monday to inaugurate oil and gas projects, in an event organised at Silapathar in Dhemaji. He accused the governments “that ruled India for decades since Independence of neglecting Assam and the northeast” and reaffirmed his commitment to the development of the region.

The inauguration, scheduled on Monday afternoon, will help connect thousands of people in the 4.1 km stretch between Noapara and Dakshineswar, she said. Apart from regular passengers, devotees intending to visit Dakshineswar Kali temple will also be facilitated with a fast and pollution-free travel mode following the extension of the Metro Railway in its north-south axis.

Passengers from Kavi Subhash station in the southern end will be able to travel to Dakshineswar in just over an hour, traversing 31.3 km, a Metro official said. The prime minister is also scheduled to hold a public meeting at Dunlop Maidan in Hooghly.

In Assam, Modi dedicated to the nation three major projects in the petroleum sector, enumerated steps taken by the state government led by Sarbananda Sonowal and the centre over the past few years, and said they were working together for a balanced growth of the region.

“Those who ruled for decades since Independence believed Dispur was too distant from Delhi. ‘Dilli ab door nahi aapke darwaaze par hai’ (Delhi is not far now, it stands at your doorstep,” he told a massive gathering after dedicating to people, inaugurating and laying foundation of a slew of projects worth over Rs 3,300 crore. The previous governments adopted “step-motherly” approach to Assam’s North Bank and neglected connectivity, health, education and industry, he alleged.

He said he will visit Assam and other poll bound states as many times as possible before elections are announced, likely in 1st week of March.