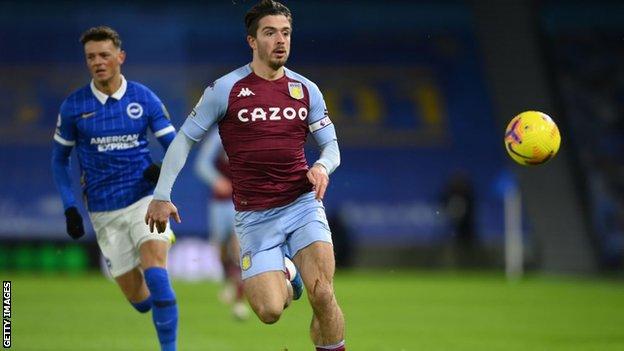 Aston Villa manager Dean Smith will investigate how news of Jack Grealish’s injury emerged in the 24 hours before his 2-1 loss to Leicester City.

Villa’s captain was confirmed out with a leg injury, ending a run of 48 consecutive Premier League starts.

Smith said it is not a long-term problem and hopes to have Grealish available soon, although it is understood he could be out for a month.

“I was made aware on social media there were rumors he was not going to play,” said Smith.

“It is something I would not be happy with.”

On the extent of the injury, which saw Grealish unable to start his first league match in 15 months, Smith told BBC Sport: “We will assess it as we go. It is certainly not a recurrence of an old injury and certainly not long term .

“I’m an eternal optimist and I’ll hope he is back for Leeds next week but I’ll leave it to the medical staff.”

Grealish will hope to feature in England’s games in March – the Three Lions are in World Cup qualifying action with games against San Marino (Thursday, 25 March), Albania (Sunday, 28 March) and Poland (Wednesday, 31 March).