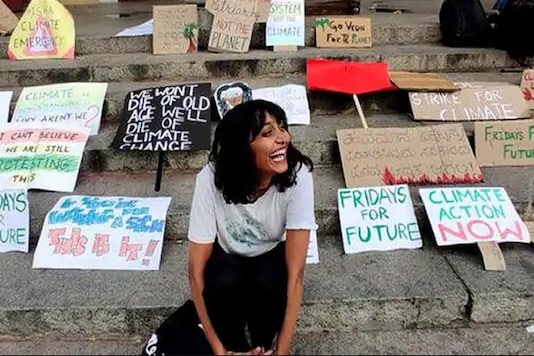 The “toolkit Google document”, which was tweeted by Swedish climate activist Greta Thunberg and then deleted, was allegedly created by Ravi and two other activists named Nikita Jacob and Shantanu Muluk.

Climate activist Disha Ravi, who was arrested for alleged involvement in sharing a toolkit backing the ongoing farmers’ protest, was on Friday sent to custody for three more days. Earlier in the day, she was produced before a court by Delhi Police.

On Thursday, Ravi, who is facing charges of conspiracy and sedition, moved the Delhi High Court seeking to restrain police from leaking to the media any probe material in relation to the FIR lodged against her. The petition also seeks to restrain the media from publishing the content or extract of any private chats, including those on WhatsApp, between her and third parties.

A Delhi court had on February 14 sent Ravi to five day police custody after the agency said her custodial interrogation was required to investigate an alleged larger conspiracy against the government of India and to ascertain her alleged role relating to the Khalistan movement.

The “toolkit Google document”, which was tweeted by Swedish climate activist Greta Thunberg and then deleted, was allegedly created by Ravi and two other activists named Nikita Jacob and Shantanu Muluk. The police arrested Ravi, while Jacob and Muluk have been granted pre-arrest bail by court.

A toolkit is a document created to explain any issue. It also provides information on what one needs to do to address the issue. This might include information about petitions, details about protests and mass movements.