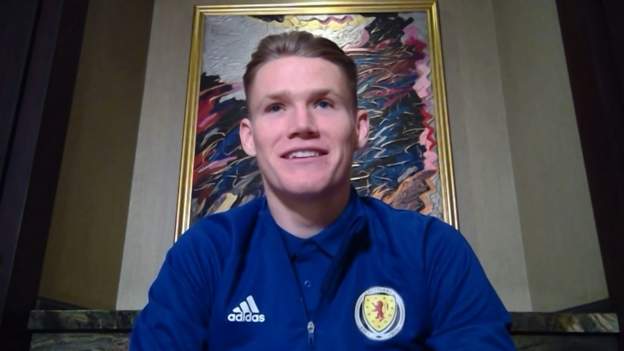 Scotland midfielder Scott McTominay says watching goalkeeper David Marshall save the decisive penalty in their shootout against Serbia was “the best feeling” he has had on a football pitch.

Scotland qualified for the delayed Euro 2020 – which will be the men’s team’s first major tournament appearance for 23 years – after winning 5-4 on penalties in Belgrade on Thursday.

McTominay told BBC Newsbeat that “words can’t describe” what it means to Scotland after ending a barren streak of 10 missed tournaments.

You can hear more from McTominay on Football Focus on Saturday, 14 November from 12:00 GMT on BBC One, iPlayer and the BBC Sport website and app.

Man Utd’s Lindelof on why he’s called ‘The Iceman’

Retail Inflation for Industrial Workers Rises to 5.91% in October Due to Higher Prices of Certain Food Items