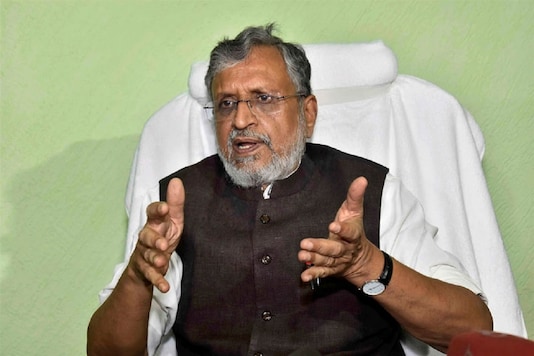 Sushil Kumar Modi proposed the name of Prasad as the party’s legislature party leader which was seconded by all the newly-elected MLAs.

Amid suspense over the next deputy chief minister of Bihar, incumbent Sushil Modi’s remark on Sunday that nobody can take the post of a party worker from him sparked reactions from BJP leaders. Tagging Modi’s tweet, Union Minister Giriraj Singh said that no one becomes big or small with a post.

Taking to Twitter, Sushil Modi had thanked the BJP and Sangh Parivar this morning. “The BJP and the Sangh Parivar gave me so much in the political life of 40 years that no other person got it. I will discharge whatever responsibility is given to me in the future. Nobody can take away (my) post as a worker,” he tweeted in Hindi.

Responding to it, Singh said, Sushilji you are a leader, you had the Deputy Chief Minister post and you will be a leader. No one becomes big or small with the post. Echoing similar sentiments, BJP MP from Jharkhand Nishikant Dubey tweeted that “the party is the mother for its workers”.

It makes a person like you and me a leader by bypassing crores of people. Your thoughts give direction to workers like me, he said, reacting to Sushil Modi’s tweet. The fourth-term Katihar MLA, Tarkishore Prasad, was on Sunday named as the BJP legislature party leader, fuelling speculation that he could be deputy chief minister in the new NDA government headed by Nitish Kumar.

Sushil Kumar Modi proposed the name of Prasad as the party’s legislature party leader which was seconded by all the newly-elected MLAs.

Biden To Name Yellen To Treasury To Lead U.S. From Sharp Economic Downturn

After Criticism, Feinstein To Step Down As Top Judiciary Dem