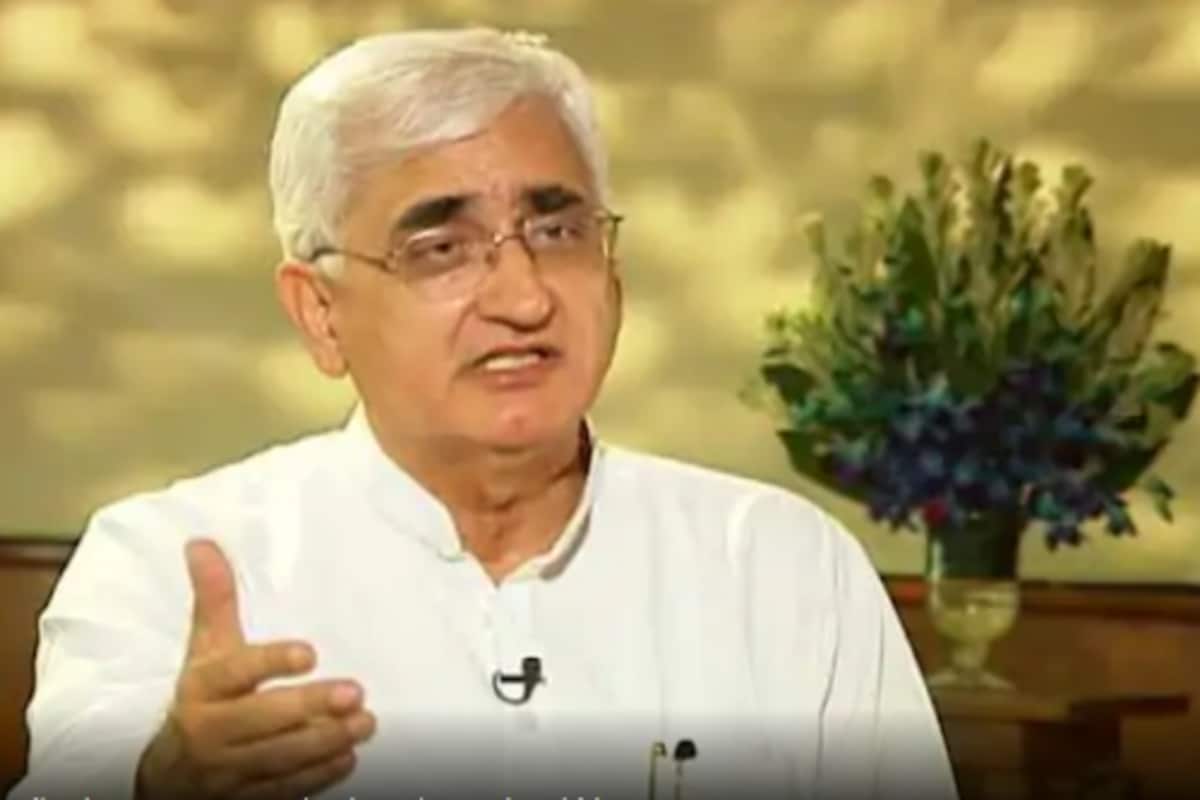 Amid criticism of the Congress top brass by some leaders following a poor show in the Bihar polls, senior leader Salman Khurshid on Sunday said there is no leadership crisis in the party and an all-round support for Sonia and Rahul Gandhi is “apparent to anyone who is not blind”.

Khurshid, who is among the leaders considered close to the Gandhi family, also said there are enough forums in the Congressnn for airing views and doing so outside the party “hurts” it, remarks that come days after senior leader Kapil Sibal and some others went public with their criticism of the party leadership.

Asked about comments by Sibal and another senior leader P Chidambaram on Congress” poor showing in the Bihar election and recent bypolls, he said he cannot disagree with what they have said, but asked why does anybody have to go out and tell the media and the world that “we need to do this”.

“Analysis is done all the time, there is no quarrel about analysis. It will be done. The leadership, of which all these people are a part, will appropriately look at what may have gone wrong, how we could have improved, and that will happen in the normal course, we needn”t talk about it in the public,” said Khurshid, a permanent invitee to the Congress Working Committee (CWC).

His remarks come days after Sibal”s public criticism of the Congress leadership and his statement that the time of introspection was over and people no longer saw the party as an effective alternative.

Asked about some leaders calling for having a full-time president, he said they should come forward and talk about it inside the party.

“See our leader and say you don”t look good without a label, the leader will take a call,” Khurshid said.

Hitting out at those voicing concerns that Sonia Gandhi has been interim chief for over a year, he asked who decides one year is too long for having an interim chief and asserted that if the process of electing a new president is taking time, there must be a good reason for it.

“Nobody has gone away, they are all here. The only insistence is on a label, why do you insist on a label. There is no president in the Bahujan Samaj Party, there is no chairman in the Left wing parties, only general secretaries…Every party cannot follow the same model,” he said.

The party has a president in Sonia Gandhi, though interim, which is not outside the Constitution, not unreasonable and not something the party “can”t survive with”, Khurshid said.

“We are happy, we are working with it. There is no leadership crisis, I say that with great emphasis,” he asserted.

The election committee is working on the election of the president which is taking time due to COVID, he said, adding that all the work and preparations are underway.

Asked if everyone in the Congress is strongly behind Rahul Gandhi as their leader, Khurshid said, “I think that is apparent to anyone who is not blind, that people are fully supportive of Congress president Sonia ji and of Mr Rahul Gandhi, who is our former president. Everybody supports them.”

On whether there are forums available in the party where leaders can articulate their concerns, Khurshid said, “Of course. How did they (those saying there is no forum to express views) become MPs. Everyone who is talking, are they not MPs. That must have been done somewhere in the party, not done on the streets.”

There is a reasonable amount of exchange of views in the party, said Khurshid, who was last week named as convenor of the committee on foreign affairs formed by the party.

Interestingly, among those nominated in the party”s committees on economic affairs, foreign affairs and national security, were senior party leaders Ghulam Nabi Azad, Anand Sharma, Veerappa Moily and Shashi Tharoor, who were part of the 23 letter-writers seeking an organisational overhaul of the Congress.

On his recent assertion that if the mood of the electorate is resistant to the liberal values the party has espoused, it should be prepared for a long struggle rather than look for shortcuts, Khurshid said what he meant by shortcut was that one gives up their ideology.

“Why should you give up your ideology. If your ideology is not persuading the voter to go with you, you should either shut shop, or you wait. We persuade the voter, it will take time,” he said.

“Why are we so worried that we have lost power and therefore we must get back into power in weeks or months or years etc. If it doesn”t happen for a while, we will continue to work. Politics is about the passion for a cause, politics is not about a pre-qualification for power. We must pursue our cause and we will pursue our cause,” Khurshid said.

Hardships Mount In Kentucky As COVID-19 Relief Talks Drag On