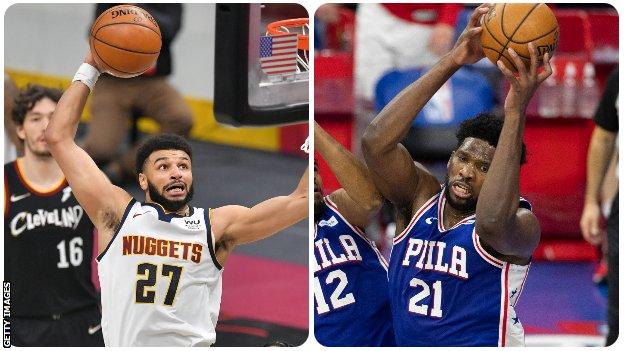 Jamal Murray became the first NBA player to score 50 points in a game without taking a free throw as the Denver Nuggets got the better of the Cleveland Cavaliers.

There was also a 50-point career-high haul for Philadelphia 76ers center Joel Embiid against the Chicago Bulls.

“Once I saw a few go down it just took off from there,” said Murray.

All Star Embiid made 17 from 26 from the field and 15 out of 17 free throws as he surpassed the 49 points he scored against the Atlanta Hawks last February.

“My team-mates found me. I’m pretty happy about what we did,” said the Cameroonian.