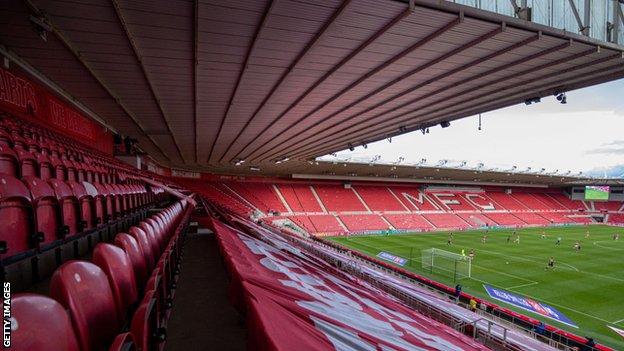 The Riverside was selected as a Covid secure venue to host both fixtures.

Under the government’s current plans to move England out of lockdown, some supporters should be allowed to attend the matches.

However, the Football Association say ticketing arrangements will be communicated “should it be considered safe for fans to attend”.

Middlesbrough last staged a senior England men’s international in 2003 in a 2-1 win over Slovakia.

England boss Southgate, who also played for Boro at the time, started at center-back in that match.

The Three Lions begin their European campaign against Croatia at Wembley on Sunday, 13 June (14:00 BST).