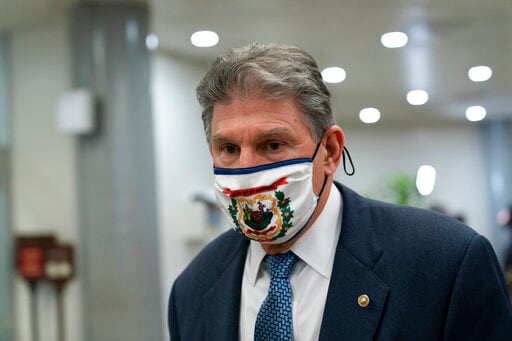 WASHINGTON: The nomination of Neera Tanden to lead the White House Office of Management and Budget was thrown in doubt Friday as Sen. Joe Manchin of West Virginia became the first Democratic lawmaker to oppose her confirmation.

During her confirmation hearings, Tanden apologized for spending years attacking top Republicans on social media. She is a former adviser to Hillary Clinton and served as president of the liberal-leaning Center for American Progress. With the Senate evenly divided between 50 Republicans and 50 Democrats, she’ll likely need support from at least one Republican to win confirmation.

I believe her overtly partisan statements will have a toxic and detrimental impact on the important working relationship between members of Congress and the next director of the Office of Management and Budget,” Manchin said in a statement. He went on to say that, at a time of grave crisis, it is more important than ever that we chart a new bipartisan course that helps address the many serious challenges facing our nation.

It’s the first real test that Biden has faced on a nomination, with most of his picks for Cabinet positions sailing through the chamber with bipartisan support.

Tanden would be the first woman of color to lead the OMB, which leads efforts to ensure an administration’s priorities are reflected in legislation and regulations. The White House did not immediately respond to a request for comment.

The Senate Budget Committee is scheduled to vote on her nomination next week.