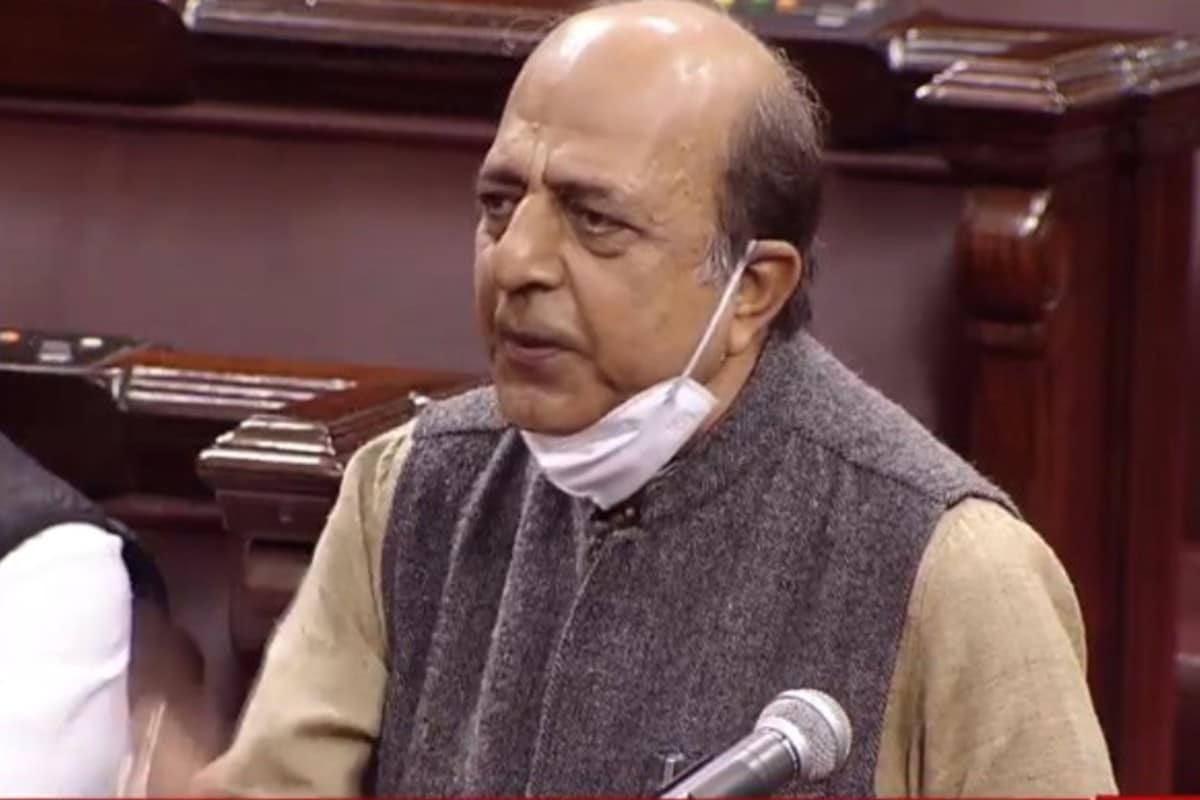 The first thing Dinesh Trivedi had to do when he resigned as the Rajya Sabha member from the TMC was to change his Twitter password. The party, he claims, disabled his Twitter handle which carried the TMC name in his bio and he had to change the password to reactivate it. But this is not all. He is waiting and will soon join the BJP and for now isn’t keen on giving up West Bengal for a seat. But that’s for later, he says, when the results of Bengal are out. Speaking to News18.com at his sprawling lawns of his bungalow in the heart of Delhi, Dinesh Trivedi says he has been sidelined by the new power caucus of the TMC and that Mamata Banerjee is no longer the same.

Q: The Rajya Sabha seats from Gujarat have just been announced from the BJP. Many thought you would be contesting from them. Are you disappointed ? Or did the speculations go wrong?

Dinesh Trivedi: This shows they don’t realise that people can leave positions for values. The whole idea was that the whole potential was being undermined, the whole values, talent and calibre. You have violence and corruption. Even when I ended my resignation speech, I said I would work from Bengal. There was no question of me contesting now from Gujarat. I can say that even if an offer had come from the BJP, I would have been nuts to consider it. That would have given grist to people who would say he left the TMC for this. There has to be some values.

Q: Is there any chance that you would contest as MLA from your old constituency of Barrackpore?

Dinesh Trivedi: At the moment I am very happy. I was contesting myself and struggling. I am introspecting. I have no such plans at the moment.

Q: Why haven’t you joined the BJP yet? You said that it would be a privilege to join the BJP.

Dinesh Trivedi: I still maintain this as BJP today is the number one party. I am grateful that their leadership, whether it’s Kailsah Vijayvargiya and Dilip Ghosh, have welcomed me. They have officially extended support to me.

Q: When are you joining?

Dinesh Trivedi: I ask the almighty.

Q: But this is the call you have to take.

Dinesh Trivedi: I don’t know. But will you believe it that on the day when I resigned I didn’t know I would be doing this that day. I went to Parliament and asked my question and came back. But something forced me to go there and I thought there is so much of violence, so much corruption, and what am I doing here. I spoke to almost everyone in my leadership day in and day out. There are people who think I am a big neta and come to me for help. But they have to deal with goons and give money till the top. What the hell is happening? That is what made me decide that this is the moment. I said it’s my inner voice.

Q: You do know that they have written a letter to the Chairman of the Rajya Sabha. They are asking how come you were allowed to speak when you were not listed to. And they are insinuating that you were hand in glove with the government.

Dinesh Trivedi: Whoever has written this letter should also write a letter as to how come you permitted our leaders to tear off the rule book and go day in and day out inside the Well of the House. Create ruckus and don’t allow Parliament to function. I appreciate he has found the rulebook and I really wish he would answer this. I have never been to the Well of the House. I have been a Member of Parliament from 1990 and when an MP gets up and seeks permission that he wants to mention, he gets permission to do so. I will give you an example. When Mamataji was hurt in Hazra road accident, S S Ahluwalia and me rushed to the Rajya Sabha to make a statement. By now they should understand the norms of Parliament. The Chair is supreme and the Chair knows. The Deputy Chairman was taken aback when I spoke about the resignation. So how is it fair to accuse the government. This exposes the TMC. They don’t want to let me speak and this also that they gave me a seat somewhere in the gallery. It doesn’t matter to me. But the letter exposes them. Even somebody from your house or my house leaves, you call them and ask why you are leaving.

Q : So nobody called you?

Dinesh Trivedi: Nobody did. Instead they are asking why I was allowed to speak. I was a founding member. None of them, who were writing letters, were not there. In fact, nor was Prof Sougato Roy there. Mukul Roy and myself were there. Today the people who have founded the party are nowhere. This is the state of the party. The party which we were instrumental in building is going this way. We fought to get Rs1,000 to Rs 5,000 then. But today they are having crores to give to a consultant. As a leader you should have a pulse of people. But if somebody has to advise you as to what you have to speak, where you have to go then I think you have collapsed.

Q: Counter narrative is that you are leaving her when she needs you the most.

Dinesh Trivedi: This is the time I have helped her the most. There are two months left for elections. And I have given her a message by leaving that she should correct herself. I am leaving you when you are high and mighty and you feel you are winning. I didn’t wait to leave after you have lost.

Q: But when so many people leave like you, Mukul Roy, Suvendu Adhikari, doesn’t this mean that you all can be called traitors?

Dinesh Trivedi: But then even those who are with TMC can be called traitors. They have let down those who they promised they would care for.

Q: Do you feel a bit unhappy with the fact that you left Mamata?

Dinesh Trivedi: No, I respect her always as somebody who has that kind of understanding of the people. But then when you outsource yourself and don’t remain what you are and if I have to work under the leadership of those who have no idea of what politics is. It could be the leader of the Rajya Sabha, Derek O Brien, who may not understand the difference between a panchayat and a municipality and who will tell me what to speak and how to speak, when I condemn the attack on Nadda. This leader complains to Mamata that I don’t criticise enough, I ask, is this the philosophy of the party? I sent a message to him, which I have on my phone, that you encourage violence? See the PM is the PM of the country. You can criticise the government but you can’t abuse daily.

Q: Any chance if Mamata Banerjee asks you to come back, will you?

Dinesh Trivedi: Well, if that would have been the thing, then this wouldn’t have happened. There are four things in life. Maan, apmaan, samaan and abhimaan. I think in public life, we can’t get so egoistic that I have given this person the MP ticket. Who is this I? It’s the people’s indirect force which makes you give the ticket or your capability.

Q: Did you ever tell her?

Dinesh Trivedi: Every leader. There is no leader who I didn’t know. Mamata Banerjee knows everything. She listens to her coterie. Bengal is about bhadrolok. It’s about peace and prosperity. It is high time we get out of this victim card that the Centre isn’t doing anything. Club the Centre and the State scheme and help poor people. Bengal has to get out of this victim card. Left did this and they lost. Give Bengalis an alternative. Today there is an alternative. Earlier there was not. So let’s see what happens.