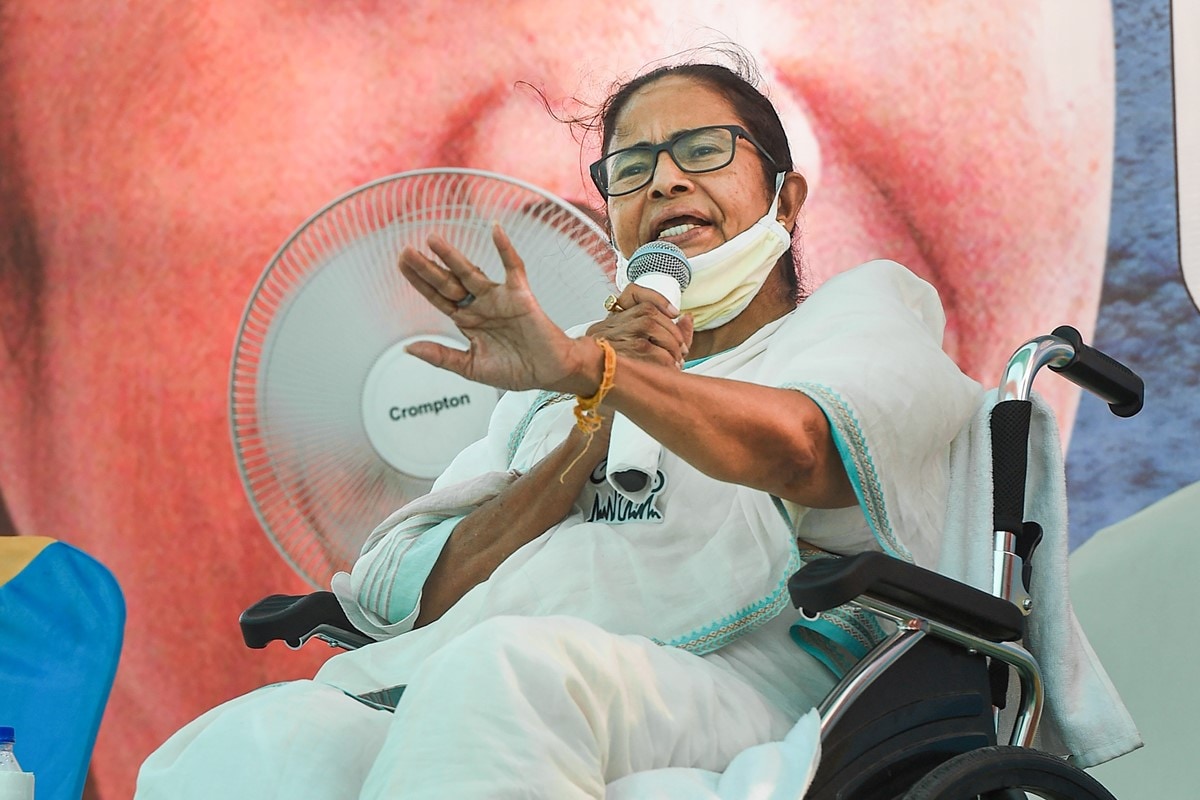 “They cut short the polling phases in Assam and Tamil Nadu but so many phases of polling in West Bengal. Why? They may conspire and call off the election mid way citing Covid-19. But I will not allow them to do so. Election must be completed in Bengal,” she said.

The CM was speaking at a public meeting at Chinsurah in Hooghly district. “So many jawans were killed by the Maoists (in Chhattisgarh) but unfortunately our Prime Minister Narendra Modi and Home Minister Amit Shah are busy in ‘dangabazi’ to divide Bengal,” she said.

“BJP injured my leg to prevent me from campaigning but they don’t know that I am winning Bengal with one foot and with two feet, and I will win Delhi in the future,” the Chief Minister said, adding that the country was passing through its worst phases due to the complete failure of Narendra Modi and Amit Shah.

“I will not allow ‘Gujaratis’ to rule Bengal because Bengal will be governed by a Bengali, and not by any ‘Gujarati’,” she said.

Slamming the BJP for not having their own candidates – many of the party’s contestants are TMC, CPI(M) turncoats – Banerjee said it did not have adequate candidates and therefore fielded their MP (Locket Chatterjee).

“Why have they fielded an MP?” said the CM, hinting at Locket Chatterjee. “I will tell you why. They have fielded an MP because they don’t trust the local people in Chinsurah. I know she (Chatterjee) is going to lose from her Chinsurah seat. In the future, they will field their MPs and MLAs for municipality polls, panchayat polls, school board polls,” she said.

She further criticised Chatterjee, saying: “I know all their controversies. They only accused TMC for Narada and Saradha but we all know she (Locket Chatterjee) is the Locket of Rose Valley. But it is unfortunate that the agencies (CBI, ED) are selectively harassing opposition party leaders and not summoning the BJP leaders.”

Banerjee said she wanted to provide Covid vaccines free of cost in Bengal, but that Modi had ignored her request.

“I requested PM Modi to provide us with vaccines and told him that we will purchase the vaccines from designated point(s) on top priority basis, because I wanted to provide vaccination free of cost to all the people. But unfortunately they didn’t give us the vaccines. You know why? They didn’t give us the vaccine because these two person (Modi and Shah) want to kill all of us, because only they want to rule the country,” she said.

Accusing the BJP for indulging in divisive politics, Mamata said there were people coming from other states and “creating problems”. “They don’t even know the culture of Bengal. They know how to play with blood and now they are here to play their dirty politics,” she said.

“We have to unite against evil forces like BJP. They came to Bengal to divide us. You voted for BJP (in 2019 Lok Sabha) and they cheated you. They gave you nothing. We are giving you free ration and the BJP government at the Centre is increasing the price of LPG. Today, on behalf of all the people, I demand that the Centre should provide free LPG gas to all,” she said.