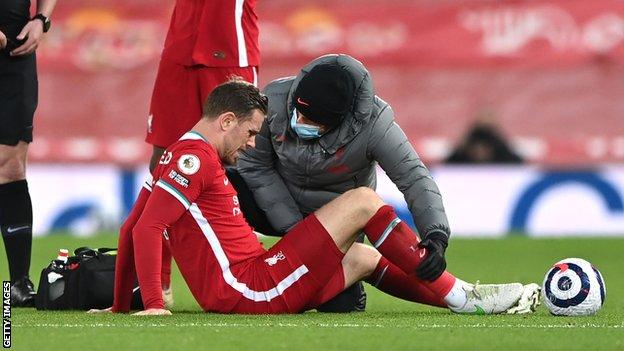 Liverpool captain Jordan Henderson added to the club’s defensive problems after going off injured in the first half of Saturday’s Merseyside derby.

He was replaced by the inexperienced Nathaniel Phillips after appearing to sustain a muscle injury as he held off Everton’s Abdoulaye Doucoure.

The England midfielder, 30, was playing in defense with several of the club’s first-choice center-backs injured.

Virgil van Dijk, Joel Matip, Joe Gomez and Fabinho are all currently out.

Matip has been ruled out for the remainder of the season while both Gomez and Van Dijk are also long-term absentees.

What can football learn from cricket?