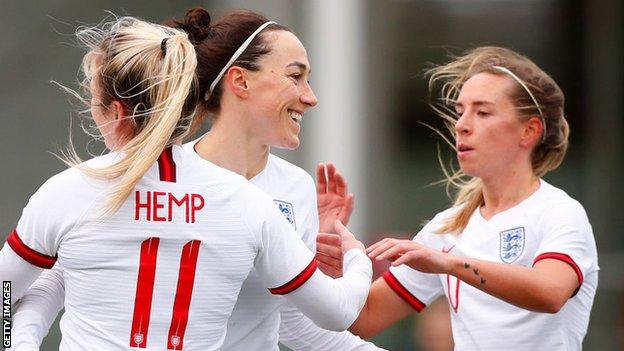 Women’s sports have seen growth in crowds and coverage in recent years but Dame Sue Campbell said the Covid pandemic had made it “tough” for many.

“We need some high-profile moments to reignite the whole interest in women’s sports, and ignite a new interest in what we’re doing in football.

“There are athletes and rowers and cyclists who spent 16 years of their lives trying to get to that gold medal, so to win a gold medal at the Olympics Games is for me, a really iconic moment in sport.

“But for football, coming out of Covid, going into a new season, which we will spring into almost as soon as we get back, I hope it will generate unbelievable support for women’s football, as it did after the 2019 World Cup, and that it will translate into people wanting to come and watch our games at the Women’s Super League and England level.

“So we will go there and do our absolute best.”

The countdown to the Olympics will begin next week when Riise’s GB squad is trimmed to 35 names from the home nations before a final squad of 18 players, plus four reserves, is chosen in May.

After that there will be two camps in June and July with a game played between, although the opposition and venue are still to be confirmed.

Former UK Sport chair Campbell explained the England players had taken a role in choosing Riise, who won the Olympics, World Cup and the European Championship as a player, given that the majority of the GB squad will be English.

She said players had preferred to stick with Riise rather than transition to another coach, having worked successfully with the Norwegian and Canadian coach Rhian Wilkinson in February’s England camp.

Netherland boss Sarina Wiegman will take over as England head coach in September, and Campbell added: “Stability was important, but not at any cost.”

The new GB head coach said they were preparing for an Olympics where coronavirus restrictions may still be in place.

Riise said last month’s camp where England beat Northern Ireland 6-0 at St George’s Park had given the squad a taste of how the Games might be different.

The squad will also be able to call on the services of FA psychologist Kate Green.

“During the camp we had in February, we had to be locked in a room, we had to be tested [for Covid] and that was a good test for all of us to know a little bit more of what we go into [in Tokyo].

“But as soon as you come into the Olympic tournament you kind of get into the bubble and the only focus is performing.”