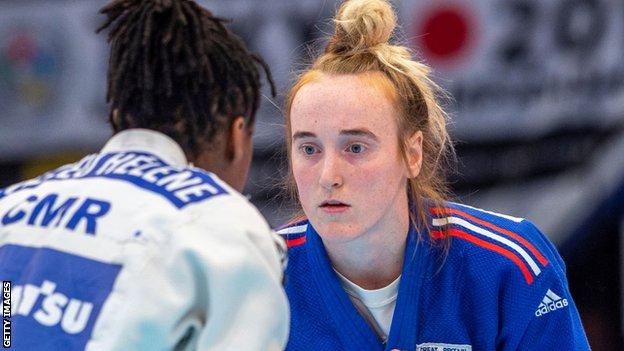 But she built on fine recent form to reach the final, where she faced Venezuela’s Anriquelis Barrios.

“I am so happy to win my first Grand Slam gold medal today,” she said.

“I didn’t perform my best, but I knew I had to take it a fight at a time, dig deep and win.”