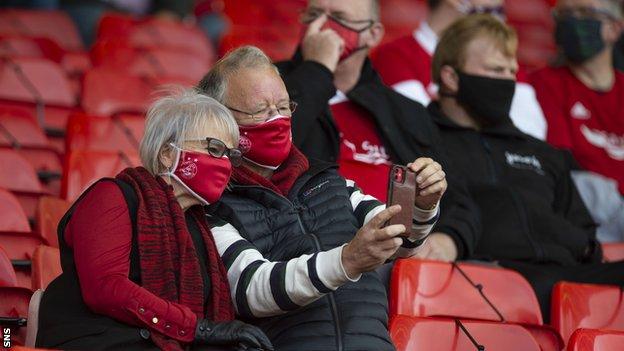 Talks between the Scottish government and the football authorities aimed at seeing a return of fans to games will take place later this week.

Scotland moves to a five-tier Covid-19 restrictions system from next Monday.

And the Scottish FA and SPFL have asked what that means for football, given the proposed framework says areas in tiers zero and one can open stadiums to a restricted number of fans.

Apart from two test games in September, fans have not been allowed since March.

A total of 500 spectators were allowed at Aberdeen’s Scottish Premiership visit of Kilmarnock and the same number were at Ross County’s game with Celtic the same day.

Professor Jason Leitch, the national clinical director, has confirmed that both those events were a success and that further trial games were only on holt because of rising case numbers.

Meanwhile, there is still no update on the mooted financial supported that could flow from a sports recovery fund set up by the Westminster government.