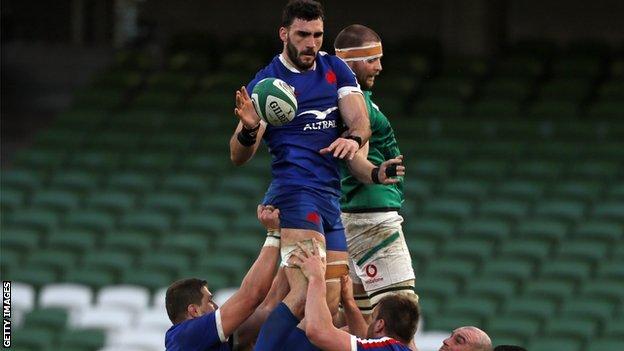 Mauvaka did not feature in the matchday 23 for the round two win over Ireland but nine players from that squad have contracted the virus and will miss out.

Les Bleus are top of the Six Nations table after also winning their opening game against Italy.

The players and staff involved will return home to isolate and the rest of the side will return to training on Wednesday with testing taking place every 24 hours.

Head coach Fabien Galthie and assistant William Servat were also tested positive earlier this week and have been isolating.

Uncapped players Gaetan Barlot, Thierry Paiva and Cyril Cazeaux have been called up to the squad, along with Baptiste Pesentis and Thomas Ramos.