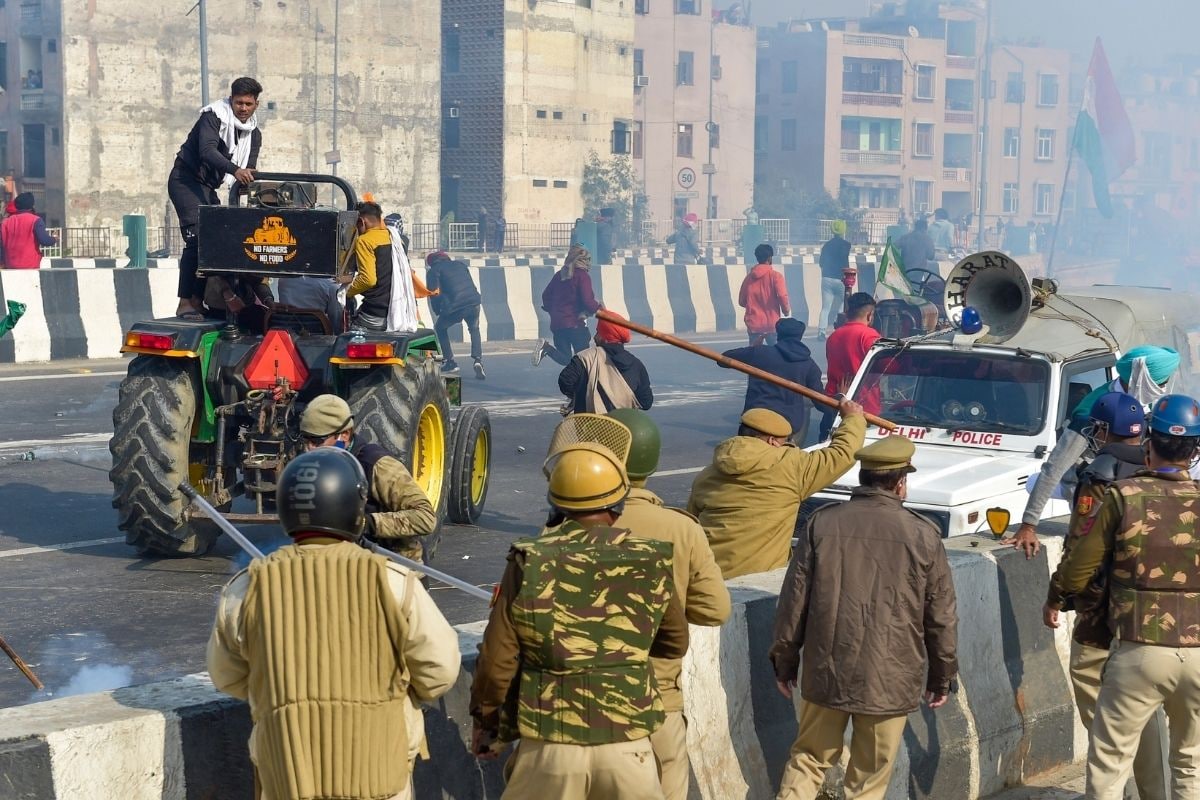 He had returned from Australia to his hometown in Uttar Pradesh’s Rampur to celebrate his recent wedding. And there was a gathering indeed at his home at Dibdiba village in Bilaspur on Wednesday. But no celebration. Navreet Singh’s family and friends were mourning his death a day earlier.

The 27-year-old farmer got crushed down the tractor he was driving after it toppled on the road when he tried to break through a police barricade at central Delhi’s ITO during a farmers’ tractor parade, police have said.

Navreet had come to his native place from Australia to throw a wedding party after he tied the knot abroad some time back, his family members said.

Persuaded by his uncles, Singh visited the national capital on Republic Day to participate in the farmers’ protests against the center’s agricultural laws and drove a blue tractor at high speed, according to footage circulating on social media.

As the tractor rammed into the yellow police barricade, it flipped and Navreet came under the toppled vehicle leading to his death, the Delhi Police had said Tuesday.

“We came together to participate in the parade but never knew it would happen,” a neighbor said.

A rumor spread like wildfire that Navreet fell to a police bullet, but the Delhi Police denied it saying the CCTV footage did not record any gunshot sound.

Scores of locals reached the bereaved family’s home Wednesday to pay homage as the body was kept at Dibdiba village for pre-cremation rites.

Security has been beefed up in Rampur district with senior police officers getting on ground to review law and order.

“ADG Bareilly Zone Avinash Chandra along with Rampur SP Shogun Gautam visited Bilaspur area of ​​the district to review the law and order situation. Necessary instructions were given to personnel on the ground,” the police official added.

Navreet’s grieving family members, who described his as a “shaheed (martyr)”, said he had gone to Australia for higher education and got married there recently. He came home to celebrate his wedding, they said.

After the Tuesday incident, protesting farmers draped the body in the Tricolor and kept it at the ITO crossing, not allowing the police to send it for post-mortem.

They kept insisting on taking back the body to the village at the earliest and also lashed out at the mediapersons covering the incident.

Speaking about the incident, a senior Delhi Police officer said some farmers were driving their tractors rashly in an attempt to hit security personnel.

“We saw the tractor hitting the barricades. Our personnel went to rescue him, but a group of agitating farmers stopped them,” he said.

The farmers, however, denied the police version and claimed that the Navreet died after being shot by the police.

“The police fired a teargas at Navreet, one of the shells hit him on the head and he lost control of the steering wheel. The police did not even help him,” a farmer alleged.

The death needs to be investigated thoroughly because an eyewitness said that a tear gas shell fired by a policeman hit Navreet’s head and he lost control over the vehicle and it overturned, the neighbor quoted above said.

The tractor was part of a group from the Ghazipur border that had taken a detour from the agreed upon route for Tuesday’s rally, a senior Delhi Police officer said.

Protesting farmers clashed with police at several places in the national capital on Tuesday and entered the iconic Red Fort and ITO in the heart of the national capital after hundreds of them deviated from pre-decided routes, prompting security personnel to resort to lathicharge and lob tear gas squibs.

Chaotic scenes were witnessed at ITO, where hundreds of protesters could be seen chasing police personnel with sticks and ramming their tractors into the buses parked by police.