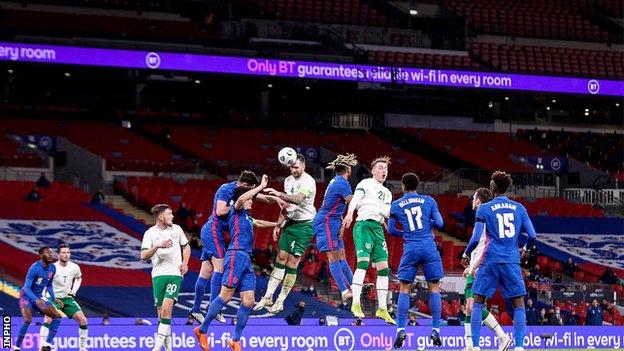 The Football Association of Ireland has launched an internal investigation into a video message shown to the Republic of Ireland squad before last week’s friendly against England at Wembley.

“The FAI is already looking into this internally as a matter of urgency, in order to establish the facts,” said the governing body on Thursday, adding it would not be making any further comment at this time.

The Republic lost last Thursday’s game in London before concluding their Nations League campaign this week.

The video has been reportedexternal-link to have included some political content.

It is believed that the aim was for it to be used as a motivational tool for Stephen Kenny’s side.