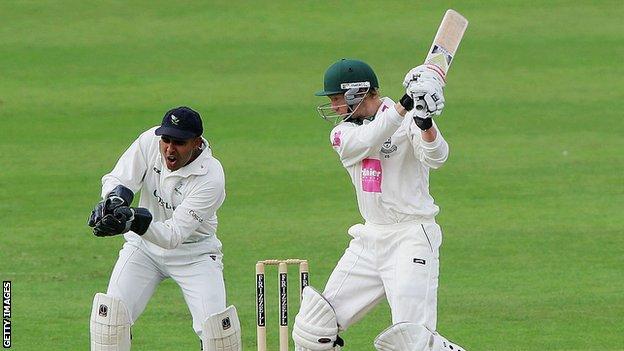 The England and Wales Cricket Board (ECB) has been accused by two former umpires of “institutionalized racism”, in the latest allegations to surface in the sport.

John Holder, who officiated in Test and one-day international matches, said it looked “more than suspicious” he had not received a reply from the ECB when offering to be a mentor.

The pair have asked for an independent investigation from the Equality and Human Rights Commission (EHRC) “to challenge organizations like the ECB”.

Former wicketkeeper Dawood, who played county cricket for Worcestershire, Glamorgan and Yorkshire before becoming an umpire, said he had “absolutely no trust or confidence in the ECB” and the organization is a “complete mess”.

The last black, Asian and minority ethnic (BAME) umpire to be added to the ECB’s first-class list was Vanburn Holder 28 years ago. There have been none since his retirement in 2010.

An ECB spokesperson told BBC Sport: “Today’s group of professional umpires don’t reflect the diverse ECB we are determined to be.

“We want to see more BAME representation among our officials, and we recognize we still have a long way to go as a game to achieve this.”

BBC Sport understands a person who used discriminatory language in front of senior managers was suspended, but cleared of wrongdoing.

Dawood, who stood on the ECB reserve list and umpired first-class matches, said: “If that sort of language was used elsewhere, people would lose their jobs.

“I have absolutely no trust or confidence in the ECB. All the way down to the grassroots it is a complete mess and that is why we need it to be investigated. Do I want to be part of an organization who is a complete mess? No.

“In one performance review, I was told ‘fine judgments must be made about who best fits in’.”

“The complaints we have made shows the institutionalized, structured racism as well as discrimination, cronyism, bullying and dishonesty that has been part of our lives being involved in the ECB.”

Holder, meanwhile, says he raised the issue he had not received a response to his email.

Asked if he believes there is institutionalized racism at the ECB, he said: “I have no reason to doubt that there is.”

“The fact that several non-white umpires have made enquiries about going on the first-class umpires panel, or becoming a mentor or liaison officer, and none have progressed.”

Their allegations come following Azeem Rafiq’s claim of “institutional racism” at his former club Yorkshire, who have opened an inquiry.

And earlier this year former England batsman Michael carberry said he does not “expect anything” from the ECB in fighting racism, which he says is “rife” in the sport.

Dawood said: “There are systematic blockages which have been put in place by the ECB and will be kept in place if they are not thoroughly investigated.

“We are having a simple representation of BAME cricket players, coaches, umpire / officials, CEOs. The list goes on. This is from the grassroots level upwards. The barriers that Asian or black people have is far greater than non-BAME people.

“Some of the stories coming out this year have been harrowing. People are not coming out and talking and making things up, so we want the Equality and Human Rights Commission to look into sport as a whole but cricket is our sport.

“We implore the EHRC to look into the structures of the ECB and put them under investigation. They need to challenge organisations like the ECB to act, we don’t want words, we have had lots of words, we want action.”

In its statement, the ECB added: “Earlier this year, we commissioned a full independent employment investigation into claims made against an individual, and while these were not upheld, the investigation did identify areas where we need to be better and do more to be inclusive and diverse.

“The ECB has now commissioned a review, with board oversight, to look at how we can reform our approach to managing match officials.”

“This will set out actions as to how we can improve our systems and processes to increase the diversity of umpiring, inspire the next generation of umpires and match referees, have a world-class umpiring programme and ensure a culture of inclusivity and fairness throughout the umpiring system. “

‘Case against Lennon weightier by week’