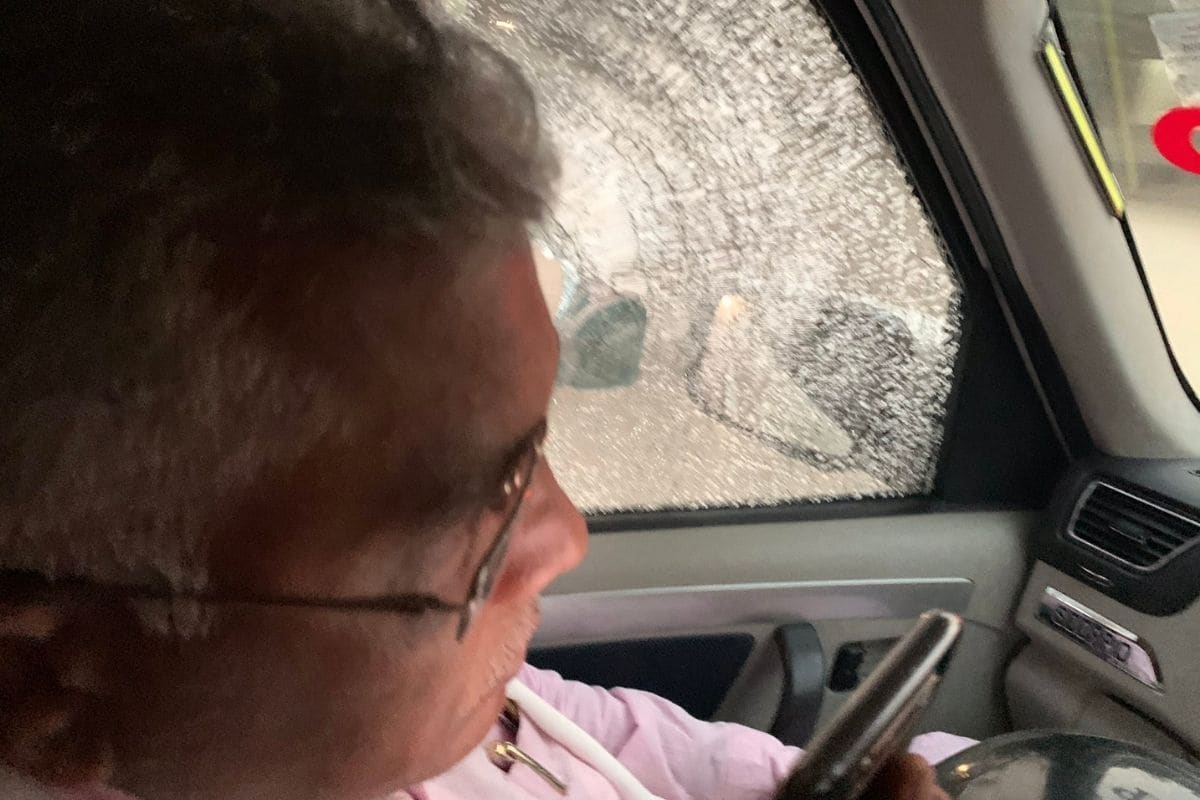 The Election Commission has sought a report from the state administration over the alleged attack on BJP West Bengal president Dilip Ghosh’s car in Cooch Behar on Wednesday.

The ADG (law and order) has sought a report from the SP and DM over the incident, as well. Ghosh is a Z-security protectee.

The BJP’s West Bengal president Dilip Ghosh on Wednesday alleged that Trinamool Congress workers attacked his car with bombs and bricks in Cooch Behar district of North Bengal, a charge denied by the ruling party. Ghosh said that the car’s window glasses including the one on his side were smashed in the attack which took place at Sitalkuchi after a public meeting of his party.

After breaking the glass, a brick also hit him, he said. “If this is the situation, how can one expect free and fair polls in Cooch Behar, where people had voted for change in the 2019 Lok Sabha election,” Ghosh said in a video message.

Cooch Behar district will go to polls in the fourth phase of assembly elections on April 10. The BJP won seven seats in North Bengal, including Cooch Behar, in the 2019 Lok Sabha elections.

It was alleged that TMC workers returning from a rally of Chief Minister Mamata Banerjee, which was held in another nearby town, got embroiled in a clash with BJP activists attending Ghosh’s meeting. “I was waiting in my vehicle after our meeting for the people to leave when we were attacked with firearms, bombs, bricks and sticks by people holding TMC flags. It was like a Talibani attack,” Ghosh said.

It was alleged that several country-made bombs were hurled at his car. He claimed that the police did not act to prevent the attack on him and BJP supporters.

Ghosh said that if the Election Commission does not take immediate action, polling in constituencies in Cooch Behar will be a “farce”. TMC spokesman Kunal Ghosh said that the ruling party was not involved in the attack.