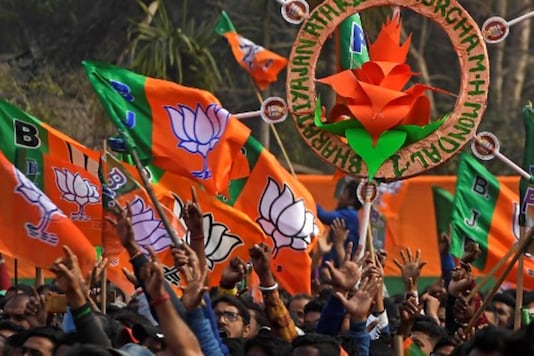 The opposition Congress has not fielded any candidate for the byelections scheduled for March 1.

BJP candidates Ram Mokariya and Dinesh Anavadiya are set to get elected unopposed to the Rajya Sabha from Gujarat with two dummy candidates withdrawing their nominations on Saturday. The opposition Congress has not fielded any candidate for the byelections scheduled for March 1.

Returning officer C B Pandya said two dummy candidates from the BJP — Rajnikant Patel and Kirit Solanki — withdrew their nominations on Saturday. Mokariya and Anavadiya will be declared winners after 3 pm on Monday, the deadline for withdrawal of nominations, he said.

The byelections were necessitated by the demise of Congress leader Ahmed Patel and BJP leader Abhay Bhardwaj last year. With the byelection for two seats being held separately, the Congress, having 65 MLAs in the 182-member Gujarat Assembly, decided not to field any candidate as it saw no chance of winning any seat. The BJP has 111 MLAs.