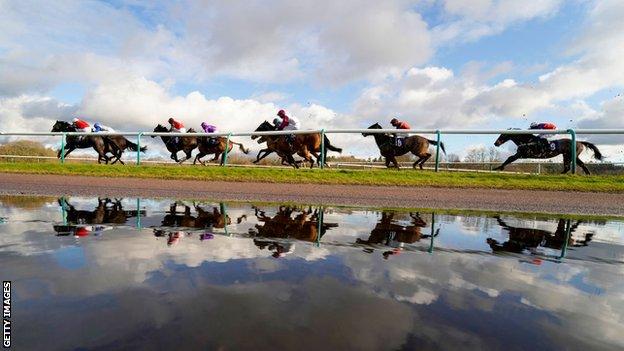 Horse racing is to become the first major sport in Britain to introduce saliva testing that will screen jockeys on the day for banned substances, including cocaine.

By taking samples of saliva, results will be almost immediate, meaning jockeys can be stood down from racing that day.

It is hoped more tests can be carried out because the method is cheaper.

A pilot – being conducted by the British Horseracing Authority (BHA) in conjunction with the Professional Jockeys Association – is due to begin in the spring, and the BHA said it could have a “huge impact” on its ability to protect the wellbeing and safety of jockeys and horses.

The BHA has confirmed it will also be allocating more funding to testing in 2021.

On Thursday, jockey Philip Prince was banned from racing for six months after testing positive for a metabolite of cocaine at Wolverhampton Races on 16 November last year.

A BHA disciplinary panel heard his sample had a “worryingly high” level of cocaine, representing more than 56 times the threshold.

Prince admitted the breach, and said in a BHA interview he was a “regular user of cocaine”, using it “three to four times a week”.

“He stated that he used the drug as a pick-me-up, something which can lift his mood”, Tomas Nolan, on behalf of the BHA, told the hearing.

Nolan increased the risk that jockeys riding under the influence of cocaine may pose to themselves, other jockeys and horses in races.

Prince apologized unreservedly for his breach, and is currently undertaking a six-week rehabilitation programme.

Rory MacNeice, representing Prince, told the hearing that he was now focusing on “rebuilding his life and, in time, his career in horse racing, whatever that might look like.”

“He does that fully acknowledging that, quite appropriately, he will be subject to enhanced testing if he rides again, possibly for the entirety of the rest of his riding career.”

Under the BHA pilot of saliva testing, if a jockey tests positive they will be stood down from riding for the day, as is the case if a jockey fails a breathalyser test for the presence of alcohol.

They would also have to undergo a confirmatory test after a preliminary positive from the saliva test, for use in any investigation or disciplinary action.

No other major sport in Britain uses oral swabs to provide on-the-day screening for banned substances.

Brant Dunshea, chief regulatory officer for the BHA, said: “This is an exciting and innovative proposal which could have a huge impact on our ability to protect the sport against individuals who are competing while under the influence of prohibited substances.

“We hope that the use of on-the-day screening, alongside increased testing capacity, will provide greater deterrent to potential offenders and greater reassurance to riders that they are competing in a safe environment, should the pilot be successful.”

Champion jockey Oisin Murphy is currently serving a three-month ban after a positive test for cocaine in France, though he denies ever taking the drug.

He told BBC Sport: “There is no place in horse racing for drug use, remember we’re riding horses at 35mph-plus in large groups so we need to be healthy and compete in a very safe way”.

What next for England after Wales loss?