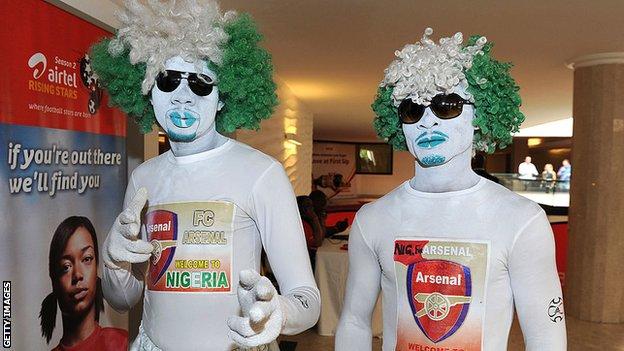 Arsenal believe they can inspire fans across the globe to be more sustainable after signing up to a United Nations plan to help tackle climate change.

It means pledging to help fight climate change and helping others do the same.

“We will continue to use the power and reach of Arsenal to inspire our global communities and push each other towards a more sustainable future,” he added.

Signing up to the framework commits the club and their staff to five key principles aimed at reducing their climate impact as part of attempts to limit global warming:

“One year on, we are proud to build on the work we are already doing in this area and encourage positive climate action to our millions of supporters around the world,” the club said.

“Football inspires so many of us around the world and there is a remarkable potential for the game to become greener, more climate-resilient and lead by example for millions of global fans,” said Lindita Xhaferi-Salihu, Sports for Climate Action Lead at UN Climate Change.

Arsenal are the third British club to sign up to the framework after League Two side Forest Green Rovers and Hibernian in the Scottish Premiership.

These are just some of the environmentally friendly initiatives undertaken by Arsenal so far: