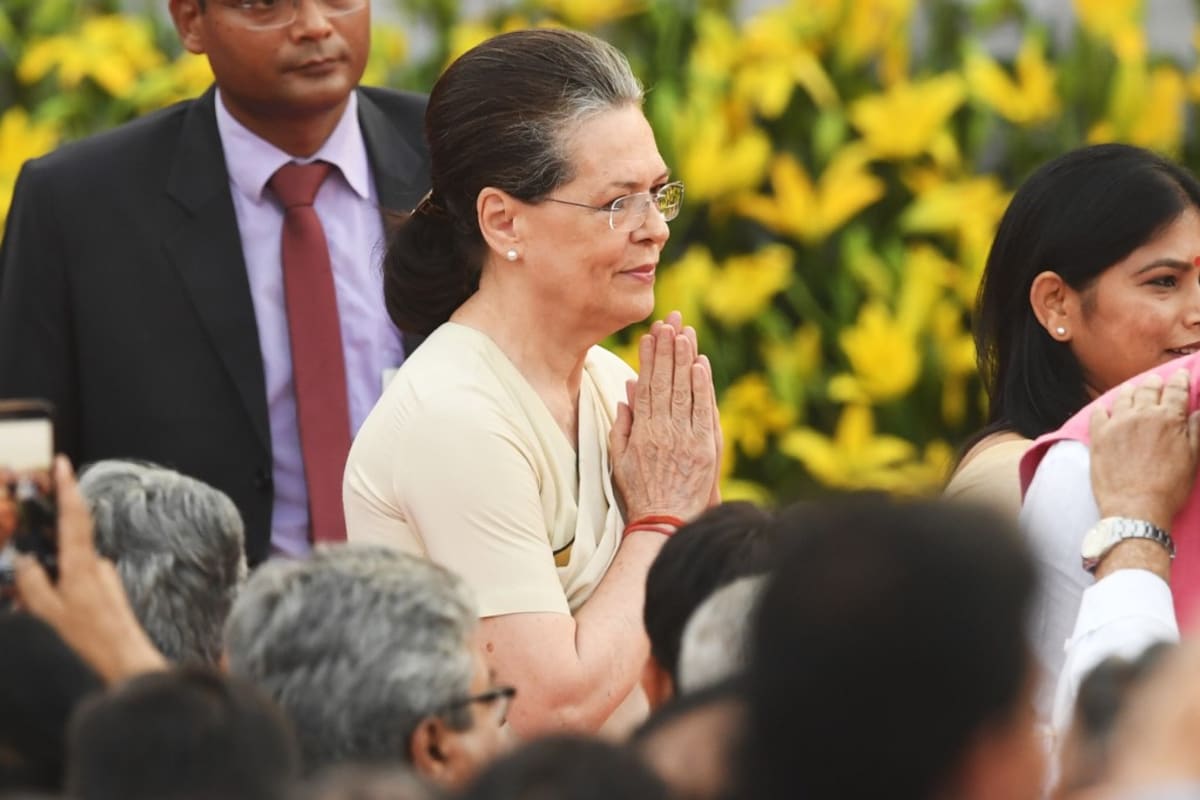 New Delhi: A day before the first phase of voting in Bihar Assembly election, Congress president Sonia Gandhi on Tuesday accused the JDU-BJP government of being high on power, arrogant and deviating from its path, as she made a fervent appeal to the electorate to herald a change in the state and build a “new Bihar”. In a four-minute video message in Hindi, she claimed the present dispensation led by Nitish Kumar was “neither saying good nor doing good” while the labourers were helpless, farmers upset and youth disappointed with it.

“Drunk on power and arrogance, the government in Bihar has deviated from its path. Their words and deeds are suspect. The labourers are helpless, the farmers upset and the youth disappointed. People are bearing the brunt of the fragile state of the economy. “A serious crisis has befallen the farmers of India. The lives of Dalits and Mahadalits have been destroyed and similar is the fate of the backward sections of the society,” she charged while asserting the people of the state are with the Congress mahagathbandhan and “this is the call of Bihar”.

Gandhi alleged that the governments in Delhi and Bihar have brought demonetisation, lockdown, economic shutdown and shut employment, as she called upon the people of the state to build a “new Bihar” for the next generation and crop. “Time has come for ushering in a change in the state,” she said, noting that governments cannot be formed on fear and crime. The Congress president claimed that Bihar has quality, talent, strength and the power to build, but unemployment, migration, price rise and starvation have given them tears in their eyes and blisters on their feet. “They are forced to express themselves through their tears,” she noted, in an apparent reference to the plight faced by migrant workers in reaching their homes during the coronavirus-induced lockdown.

The Congress president also said the “voting finger has raised questions to the dictatorial regime” on unemployment, how to save farming, how to provide facilities for education, health and industry and how to stop crime. “That’s why, the time has come to move from darkness to light, from untruth to truth and from the present to the future. I appeal to the people of Bihar, known as the land of knowledge, to support the Mahagathbandhan candidates and build a new Bihar,” she appealed. Congress leader Rahul Gandhi also shared Sonia Gandhi’s video on Twitter, saying “Change is in the air” and appealed to voters to unitedly elect the grand alliance to power.

More than two crore voters in Bihar will decide the fate of 1,066 candidates on Wednesday across 71 assembly segments in six districts, including some of the Naxal-hit areas, in the first phase of the elections. The second and third phase of polling will be held on November 3 and November 7 and the counting is on November 10.

Pinarayi Vijayan is the Most Corrupt Chief Minister in India, Says BJP

Why Biden is good news for Germany