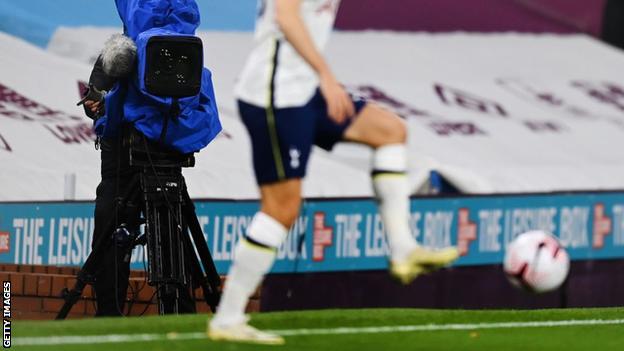 All Premier League fixtures will remain available to watch live in the UK until fans are allowed to return to stadiums.

Games will continue to be broadcast by Sky Sports, BT Sport, Amazon Prime Video and the BBC.

Broadcast selections for March and for the rearrangement of previously postponed games will be announced in due course.

On Monday, Prime Minister Boris Johnson is expected to announce how the current lockdown in England will be eased.

Premier League football has been played behind closed doors since the 2019-20 season resumed in June following the first coronavirus lockdown.

However, pilots with a small number of fans were allowed in the English Football League (EFL) in the autumn while some Premier League clubs were able to welcome up to 2,000 fans in December.

But games were soon moved back behind closed doors amid rising cases of Covid-19.

Fans initially had to pay a £ 14.95 pay-per-view fee to watch some top-flight matches from October, but the scheme was scrapped the following month following significant protests among fan groups.

Earlier this month, Culture Secretary Oliver Dowden told BBC Sport there was a “long path ahead of us” before fans could return to stadiums.

“I’m very optimistic in the medium-to-long run, but I do think we need to progress with caution in the short run,” he said.