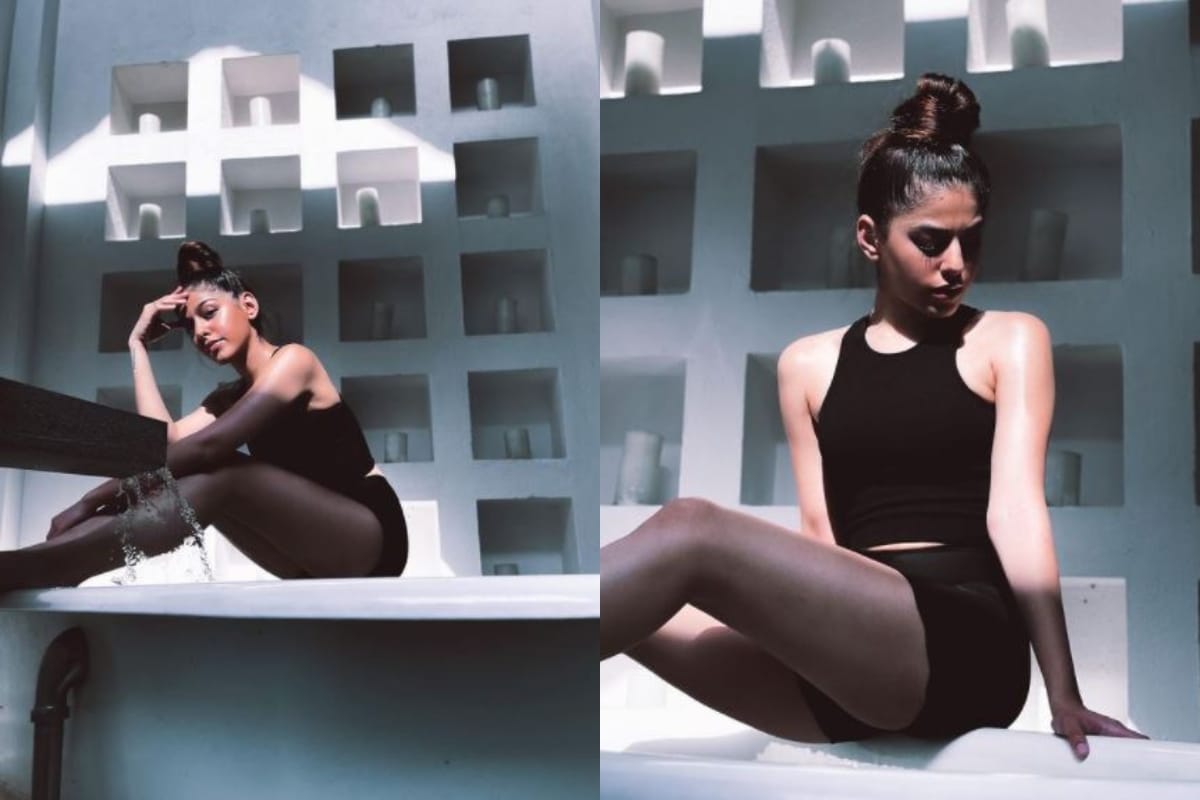 Budding Bollywood star Alaya F has shared a photo-op in the bathtub and has an amusing reason for getting clicked that way. Alaya posted a string of pictures on Instagram, where she is seen sitting on a bathtub dressed in a black vest and boy shorts.

“I saw golden hour light near the bathtub and I ran to it,” she wrote as the caption.

The budding actress is an avid social media user and keeps setting style goals for her followers. A couple of weeks ago she had shared some stunning images from her photo-op while at the beach. “Happy clicks on the beach”, she had written.

Prior to that, she had posted a picture of her vacation in Goa where she could be seen diving into a swimming pool. However, she mentioned that the perfect shot came after a lot of failed attempts and scrapped knees. “Verified

I wish I could tell you how many scraped knees and failed attempts there were before I got this shot😂”, she had captioned the monochrome image.

Alaya made her Bollywood debut with Jawaani Jaaneman last year. It was a comedy-drama in which she played a 21-year-old girl claiming that a 40-year-old person (Saif Ali Khan) who hates commitment and marriage is her father.

She is currently seen in the music video Aaj Sajeya. Directed by Punit Malhotra, the song has lyrics and composition by Goldie Sohel who has sung the number, too.