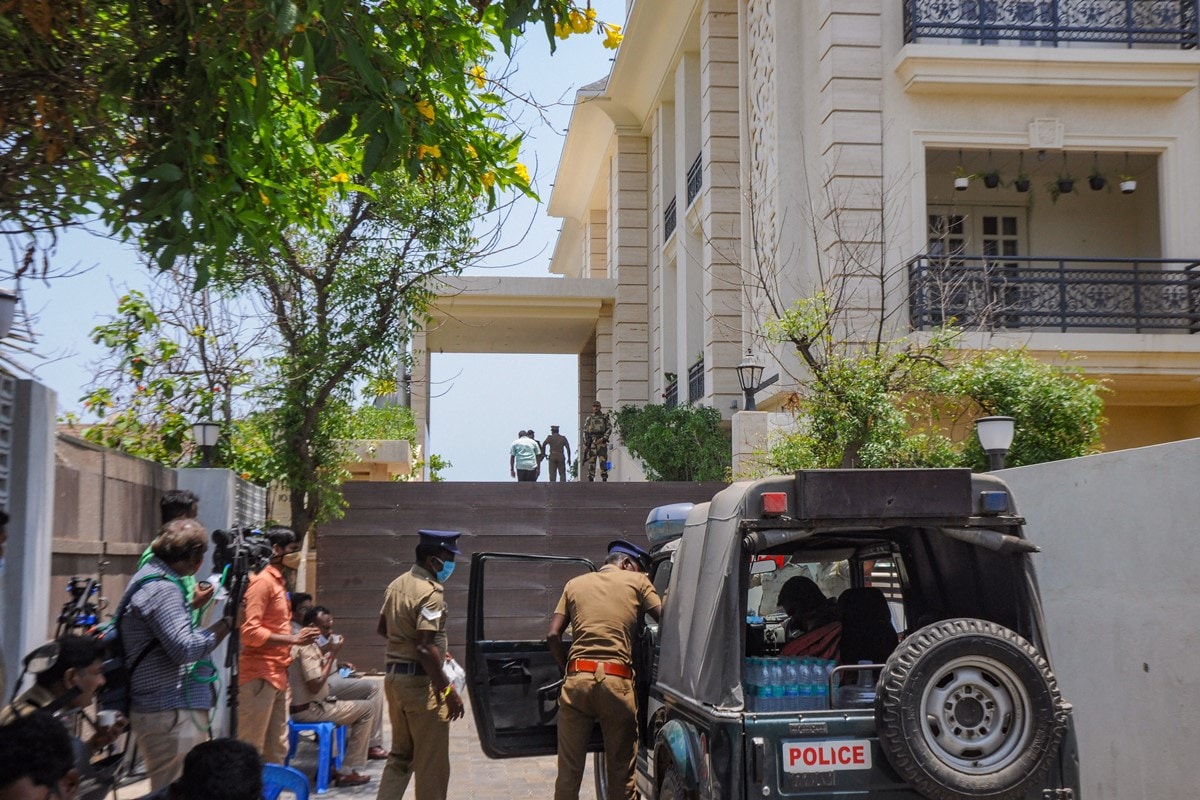 The ruling AIADMK on Saturday urged the Election Commission to restrain the Income Tax department from conducting “unwanted searches” on its leaders that are deliberate violations of the provisions of the Representation of People Act and its rules. The party accused the DMK and Congress leaders, having influence with bureaucrats and higher officials, of making the authorities carry out the raids.

Claiming that the I-T raids “clearly showed some political motive”, R M Babu Murugavel, joint secretary of the party’s Advocates Wing, said the Income Tax Department raided the premises of Higher Education Minister K P Anbalagan’s friends, schools and colleges, Industry minister M C Sampath son’s father-in-law and at the residence of a staff working in the college of Health Minister C Vijayabaskar. However, the searches did not reveal any evidence.

Searches were also conducted at the premises of the friends of Diary Minister K T Rajendra Balaji but the officials returned “empty handed.” “I would like to bring it to your notice that the AIADMK alliance is marching towards victory (and unable to digest this) the DMK and Congress leaders, having influence with the bureaucrats and higher officials, have made the officials to raid the premises belonging to the ministers and their associates,” Murugavel said in a complaint to the EC. Since the past one week, the DMK and Congress leaders are trying to corner the AIADMK leaders and trying to stop them from participating in the election campaign, he alleged.

Further, the searches did not yield any material evidence or money and no ‘panchnama’ has been issued by the authorities at the places of raids. He also accused the DMK and Congress of “influencing” the media to publish fake news on the raids.

“This is malafide act done by the opposition party, to cause bad image and to spoil the reputation and try to get some political gain from this,” Murugavel said in the complaint. He urged the commission to immediately intervene and restrain the Income Tax Department from acting as per the orders of bureaucrats close to DMK and Congress leaders, and advise them to act according to law.